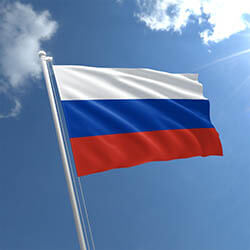 The Russian athletics president, along with a number of senior officials have been suspended due to breaches of anti-doping riles that involve with high jumper Danil Lysenko. The Athletics Integrity Unit has stated that the provisional suspensions were directly linked with an assessment into violations that had been committed by the world indoor championship. Both Lysenko and his coach have also received similar suspensions.

Russia received in 2015 and are no longer able to compete as a nation in any major athletics events around the world. It followed a report that had been commissioned by the World Anti-Doping Agency, which had found evidence to support the fact that widespread doping had been taking place among high-level Russian athletes. Some athletes from the country have been given the chance to compete in events in a neutral status, although Lysenko had his status revoked last year by the IAAF because of his failure to provide information to his whereabouts at certain dates.

A spokesperson from the Athletics Integrity Unit stated that a number of federation officials, which includes athletics president Dmitry Shlyakhtin and executive director Alexander Parkin, the athlete and his coach, have all received a ban for tampering or complicity under the anti-doping rules. They added that it follows a 15 month investigation that concluded that officials had been involved In the provision of untrue explanations along with the forging of documents to explain whereabouts failures by the athlete in question, and that they had until December to respond.