North Korea To Compete In Pyeongchang 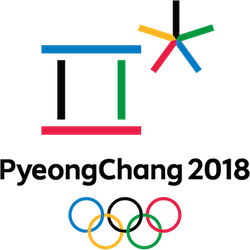 It may seem slightly insulting, but actually, it’s just something that rings true: North Korea is better at political intrigue than at sports.  This is not to say that this applies across the board; in fact, there are some sports that North Korea is good at.  Whether this will be the case in the upcoming Winter Olympics in Pyeongchang is highly debatable.  It may very well come down to something our mothers used to tell us when we were all just starting out at this thing called life, “It’s showing up that really counts.”

In fact, their participation in this year’s Winter Olympics may very well be limited to two figure skaters and a following of officials.  But the interesting bit is that they will be represented and competing at all.

After all, Pyeongchang is situated in South Korea.

The decision to participate may seem like a pure positive at first, after months and months of covert nuclear tests and not-so-covert missile launches.  However, North Korea have often in the past been accused of using sport to a political end.

The key word here being: accused.  It must be kept in mind that North Korea doesn’t have the type of broadcasting schedule that most of the developed world is accustomed to.  They do not even have 24/7 cable, and certainly not gazillions of television channels.  They are very much restricted in what they are able to broadcast nationally and as such, will only be in a position to broadcast the essential highlights of the Winter Olympics.

Furthermore, sport starts as we know them in countries like New Zealand, Australia and the United States, do not exist in North Korea.  Athletes do not become famous celebrities due to the make-up of the country’s political structure.

This does not mean that victories are not used as a means of propaganda by the ruling party and leadership.  It however appears to be a very unbalanced affair, with no references to be found in popular media to historical victories and events.  It’s simply not done in this way.  The longer you look at it the more it becomes clear that victories in sport are almost exclusively applied and mentioned as a means to an end.  Usually, a politically driven one.

When North Korea initially became an independent State, sport was viewed as a means to create a healthy work force and balanced population, and to some extent this has been the case.  What isn’t always clear though, is the intention behind it all.

The 2018 Winter Olympics commences next month.