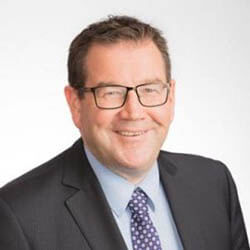 New Zealand Sports and Finance Minister Grant Robinson had a cheeky remark at the ready for the Wallabies before he began talking about whether the Bledisloe Cup will happen this year. He explained that leaders on both sides of the Tasman are doing what they can to lift travel restrictions between NZ and Australia for the last part of 2020. This would, of course, clear the way for a return to hostilities between the All Blacks and the Wallabies!

But he couldn’t resist a chance to tease the Australians about how poorly they’ve fared over the long rivalry. They’ve not managed to capture the Cup since 2003 and Robertson referenced a joke that’s doing the rounds. He jokingly said that the only good thing about the novel coronavirus COVID-19 is that it gives the Wallabies the chance to enjoy an unbeaten season!

But talks became more serious after this, with Robertson confirming that the relative success both countries have had in not just containing the pandemic but stamping it out has kept this particular door open. He said that Australian Prime Minister Scott Morrison and his counterpart in New Zealand, our very own Jacinda Ardern, have emphasised that they’ll remain cautious until they’re 100% sure that a trans-Tasman bubble can work safely.

He said that Morrison has mentioned something from July onwards and spoke of his hope for a good Bledisloe Cup competition ending what’s been a very challenging year. He confirmed that cricketers are discussing how to get over to Australia as well and that it’s something everyone is working towards.