When NZ Politics And Sport Collide

Voting From A Sporting Point Of View 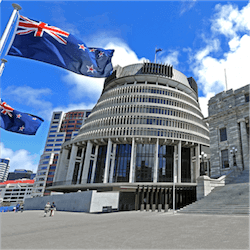 Politics and sport are an inseparable mix – especially in a country like New Zealand where sport is right on par with religion for most.  With the general election already in motion, it’s important to consider key factors such as free-to-air televised sport, the funding of high profile sporting events and campaigns and even the construction of new stadiums and venues.

The various parties have never been very coy about their respective positions on the level of priority that is placed on the development of sport in the greater scheme of things.  We take a look at a number of the key elements involved and the opinions of the most prominent of the parties.

The ACT is all about taxpayers deciding for themselves what should happen with their hard-earned cash contributions.  They have made it abundantly clear that they would not force taxpayers to fund the broadcast of televised sport or the erection, construction / maintenance of stadiums and venues – and would prefer private investors to fund all of the above.

They have also said that they would support the country’s bid to host the Commonwealth Games but only if the private sector is prepared to weather the brunt of the financial risks involved.  In short: we don’t actually want to be involved and can think of better ways to apply funds than to the development of sports.

The Green Party has said that it is all in favour of utilising major sporting events in order to revitalise especially downtrodden and problematic city areas.  As far as the erection of new stadiums goes, the matter isn’t very cut and dry.  In the opinion of the Green Party, the focus should instead be on making available affordable housing and the development of the public transport infrastructure.

Thus: we realise the importance of the development of sport, but favour housing and a means of getting from A to B.

Half and half would be a good way for government to split the costs of broadcasting as well as the development of sporting venues with the private sector.  Furthermore, the party has said that it believes that there are more pressing social priorities than readying the country to host something like the Commonwealth Games.

A halfway meet seems fair and nothing short of reasonable.