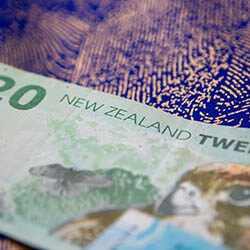 Sport in New Zealand will soon be getting government backing in the form of millions and millions of dollars. It’s to assist in its recovery from the lockdown brought to bear trying to contain the novel coronavirus COVID-19 and will be rolled out in three stages.

NZ Finance Minister Grant Robertson, who is also the Minister of Sport, recently made the announcement. He noted that the Sports and Recreation sector contributes roughly NZ$5 billion per annum to our GDP and additionally employs over 50 000 people.

Robertson said that the package has been split into three parts because each section will address a different challenge. The first will tackle those in the short-term, the second those in the medium-term, and the third will help combat challenges in the long-term. Everyone will be able to avail themselves of it, from the All Blacks right on down to community-level grassroots organisations.

The NZ Government will be investing in three areas to support the sports sector over the next four years. An initial fund of NZ$83 million will be the first package released, as support extended to organisations in a bid to save jobs, help businesses stay afloat, and assist them as far as possible through the initial stages of the impact of the pandemic.

The second phase will total a roll-out of NZ$104 million to help national and regional sports organisations make the necessary changes in the post-COVID-19 landscape. The third will constitute NZ$78 million and will go towards finding innovative ways to deliver active recreation, play, and sport via new technologies and research.