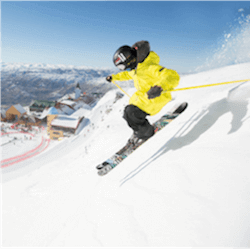 New Zealand Winter Games To Be Held Every Year

A new era has dawned for New Zealand’s Winter Games. Going forward, the Winter Games will be staged every year as opposed to only once every second year, as has been the case up until now. The announcement was recently made by the new Winter Games New Zealand chief executive, Marty Toomey.

Toomey said that the reason behind the decision to extend the Winter Games to every year instead of only every second year, was the immense overall success of the 2017 Winter Games. He said that the success was most evidently seen in the quality of the facilities, the quality performance of the athletes, the sheer volume of the national as well as international broadcasts of the event and the financial returns generated by the event for the region of Otago.

The Many Advantages Of Local Winter Games

These and other significant factors appear to be just what the doctor ordered to convince the board that the time for expansion was now. The New Zealand Government, too, has committed to supporting the games through to 2021. This means that through its New Zealand Major Events initiative, the New Zealand Government will continue to play a vital part in the development of local Kiwi athletes.

Winter Games New Zealand chair Sir Eion Edgar said that the outstanding results and top performances by Zoi and Porteous and many others were a true testament and fantastic endorsement of New Zealand’s own Winter Games.