Outbreak Of Virus Hits The Olympics 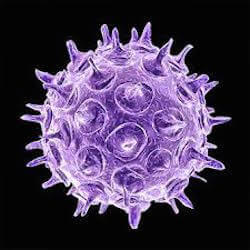 Norovirus Outbreak at the Winter Olympics

128 cases of the norovirus have now been confirmed at the Winter Olympics. This rise in people affected comes just hours before the opening ceremony scheduled to take place this evening.

The POCOG Organising Committee let it be known that 42 new cases have been recorded, with 34 of these being members of the Olympic security staff who have been staying at a youth center. This venue has now seen as many as 97 of the total 128 cases overall. The remaining 8 new cases are from the Pyeongchang and Gangneung Olympic venues, but no athletes have been affected.

900 Soldiers Brought in on Wednesday

On Wednesday around 900 new soldiers were brought in to replace private security firm guards after the 1st of the firm’s staff started suffering from the illness, all falling prey to the vomiting and diarrhoea the illness causes.

The sick guards got diagnosed with the very contagious norovirus infection, and it is spread by means of water or food contamination. The government has subsequently strengthened the hygiene inspections which all of the restaurants and other food and beverage facilities related to the Games have to undergo.

Abdominal pain, vomiting and diarrhea typically start up between 12 and 48 hours after exposure. These symptoms will last for between 1 and 3 days, and most people are able to make a complete recovery without any special treatment.

Scientists typically make use of R Nought or R0 in order to estimate how many people one affected individual is likely to infect. To be more specific, we can examine the R0 number.

Most simply, this figure refers to how many other people one stricken person is likely to have an affect on, on average, in a group that is receptive to the disease. With every outbreak of ill health, researchers attempt to estimate how far, and how quickly, a virus is expected to spread throughout a population, and R0 helps them do that. The higher the number, the bigger the likelihood that many people will be preyed upon.

Unfortunately, the norovirus is far more communicable that either seasonal flu or even Ebola. According to R0, one person suffering from it can sicken as many as 3.7 others! Organisers are doing damage control and desperately trying to locate the problem’s source by ramping up their hygiene inspections and making hand sanitizers available to all. So far the athletes have not succumbed.