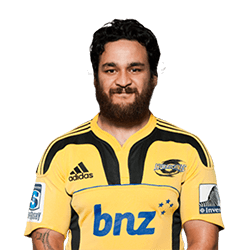 Several big-name sports veterans from New Zealand as well as Australia have recently for the first time ever begun speaking out about their own personal mental health battles.

Few testimonies have however managed to have a more enormous impact on sports fans and listeners in general than that of legendary All Blacks halfback Piri Weepu. Nine years on now from a 2011 practically dominated by a man many believed to be invincible – a national hero hailed nearly super-human – and Weepu has finally shared with his fans the details of a full-on mental health war, what it felt like to daily be tormented by “bad thoughts”, and finally, how the experience of having his speech reduced to a mere slur by a stroke in 2014 managed to cause him incredible physical as well as emotional harm.

What Weepu shared with a prominent news and actuality sports documentary channel on Tuesday evening seems world’s away from the unstoppable goal-kicking machine we all but worshipped during those intoxicating days of 2011. We were swayed in unison by Weepu’s points-scoring magic – a nation captivated as one by a truly heady time in the history of All Blacks rugby.

The All Blacks legend also spoke of how following a stroke he had initially been completely unaware of; his speech had begun slurring to the point of him sounding more like a baby than like a grown man. Though to his own mind Weepu says he had been speaking “as normal” all along, his friends immediately noticed a major change. The stroke would later on be traced to a blot clot in the brain.

Weepu’s, sadly, is no voice in the wilderness. An increasing number of top sports stars have recently started sharing about their own mental health journeys and struggles. Proof again that we’re all human – and can all learn a great deal from one another.