Professional Sport Given the OK at Alert Level 2 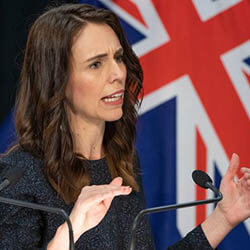 Professional sportsmen and women will be able to resume their day jobs, as it were, when New Zealand goes down from Alert Level Three to Alert Level Two. But the exact date for the return of Super Rugby and Netball’s ANZ Premiership remains unknown. The government is set to decide on whether or not we’re shifting on Monday, May 11.

Spectators will not be allowed at games under Level Two, however.

New Zealand Rugby has confirmed that a Super Rugby Competition involving all five franchises will be happening. Games will be played over 10 weeks, with two games happening each weekend for 20 matches in total. Chief Executive Mark Robinson has said that the best-case scenario is the competition kicking off in June since the players would need between three and four weeks to adequately prepare themselves with contact training before matches commence.

Robinson spoke on behalf of fans, players, and everyone else involved with Rugby when he said that everyone is thrilled that the Sports Minister has given professional sport the green light to resume at Level Two. He added that both Netball and Rugby have been working very closely with administrative agencies on what shape training and playing at this Alert Level will look like.

A Working Group of players, the Players’ Association, provincial unions, the Super Rugby Clubs, and NZR have considered all the possible contest options and timings, said Robinson. Details of the Farah Palmer and Mitre 10 Cups are still being worked through.