Robertson Reveals No Sport in NZ at Level 3 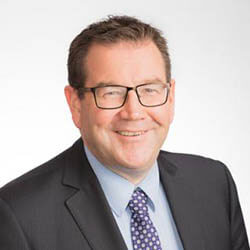 Grant Robertson, New Zealand Sports Minister, has said that there’s simply no scope for this sector to start up again while we’re at Level 3. He called the National Rugby League’s proposed dates ambitious.

Our government is currently debating whether or not to end the nationwide Level 4 lockdown and we’re likely to get a decision soon on if we’ll be moving down to Level 3 soon. When Robertson was asked about sports competitions resuming, he said there’s no way it’ll happen at Level 3, but that when we get to Level 2 we can establish what’s possible.

Robertson said that Level 3 requires people to remain in their bubbles, adding that he knows that our professional athletes are using this time to train hard and stay in shape. He added that Level 2 will require further work as to determining what will be possible in terms of contact sport at a professional level, adding that this will see health officials and sports clubs entering discussions.

He said that while he, and sports lovers like him, would love to see that take place sooner rather than later, no compromises will be made in terms of public safety and the health of our players.

The NRL is champing at the bit, with some reports saying that they are aiming for a target start date of May 28 out of New South Wales. But plans to include the Warriors have been shelved thanks to their flight to Australia getting delayed.