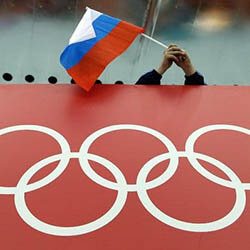 Russia could potentially see a ban from all major sporting events due to discrepancies in a lab databases, as warned by the World Anti-Doping Agency. The country has been given a limit of three weeks to explain the many inconsistencies in their database or face being excluded from the Olympics and world championships, along with being barred from hosting any major events. The country handed over data from its laboratory in Moscow earlier this year in January as part of its condition to integrate into the sporting world after at three year suspension.

But WADA has stated that its executive committee has been informed that a formal competence procedure has since been opened after inconsistencies were found. The International Olympic Committee had initially rejected recommendations to ban Russia from the 2019 Olympics in RIO following a doping scandal, but suspended the team from the 2018 Winder Olympics in Pyeongchang, where athletes were force to compete as neutrals.

The International Association of Athletics Federations confirmed its decision to uphold the ban on Russia four days before the start of the World Championships in Doha after hearing from a report that was covered by a task force overseeing the reinstatement efforts. But the country also now faces a much larger, global ban that could see them excluded from the 2022 World Cup and the upcoming Olympics Games in Tokyo that are set to take place next year, but any official decisions are yet to be made.