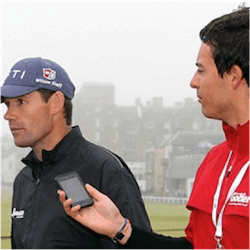 It’s true that we are a sport-loving nation.  It’s also true that we want outstanding coverage of our events, home and away.  Sport is, after all, the life blood of our country and especially of smaller communities within our country.  Right up there with our love for sports ranks the importance of exceptional sports journalism.  We don’t merely want to know what is going on with all of our favourite games and players, we want to be entertained while being informed.

The recent call by Fairfax to do away with their regional desks is a very worrying one indeed.  More so when considering what it says about the greater scheme of things than about Fairfax itself and of those the decision affects.

If sports journalism is that dispensable on regional level, where presumably, it matters so very much as it serves the smaller communities, then what does that say about where we rank coverage in the first place?

The fact is that even New Zealanders’ tastes in sport are changing.  Millennials are losing interest in main stream sporting events and would much rather wet their digital appetites with more technologically advanced activities.

Big media companies have been increasingly focused on main stream sporting events and much less so on regional events.  The panic also doesn’t seem to be setting in for the New Zealand Sports Journalism Association. A bigger hoo-ha was made about newsroom editor Tim Murphy tweeting juicy bits on Twitter than about the troublesome affair with regional sports journalism and the fact that it’s becoming, quite frankly, a dying breed.

The recent revelation that more than 100 registered athletes had been trying to buy the drug known as clenbuterol (performance enhancer) did not even make the headlines in a proper way.  Have we become so dead set on brushing local sporting news under the carpet that we have chosen to ignore the weight of something like this happening under our noses?

We simply brushed over this in local news, putting it down to a couple of bad decisions by amateurs.  We tend to forget that among those amateurs are a handful of sportspeople who will most probably end up playing at national level at some point.  We choose to crucify countries like Russia when they cross this particular line but are very eager to excuse our own for the same crime.

We are not immune to unethical behaviour in sport and we are certainly not immune to the way we report sports in our country becoming a twisted affair.