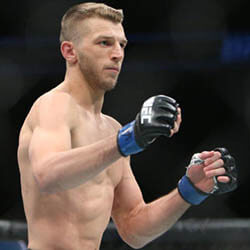 New Zealand UFC lightweight fighter Dan Hooker says he’s perfectly happy to spend Christmas Day in a bio-bubble if that would lead to him clinching a match-up with Tony Ferguson.

Watching others compete at the Octagon while being stuck at home forced to watch fights on live-stream instead of actually being in the ring competing has made him realise how ready he actually is to get back on the popular UFC stage, said Hooker of his time away from the action.

It isn’t at all as if Hooker isn’t acutely aware of what it is he would be in for in the event his wish for a mid-November “bloodbath fight” were to be granted. He not too long ago spent an extended period of time away from his family while overseas and essentially on the “wrong” side of the restricted NZ border. What’s more, he says spending Christmas day in a hotel because of his being away from home fighting in a different city or even country isn’t a big deal to him personally. All he really wants in return for the “small” sacrifice is to be matched up with Tony Ferguson in November, explained Hooker during a recent telephone interview with a local sports news and opinion online publication.

And to Hooker, requesting a Tony Ferguson fight makes perfect sense from all angles – not just his own. Since the lightweight champion is aware of the UFC currently trying to make happen a fight-night between Conor McGregor – who, incidentally, he currently outranks – and Dustin Poirier, he says he sees no reason Ferguson should remain stuck without a “dance partner”.