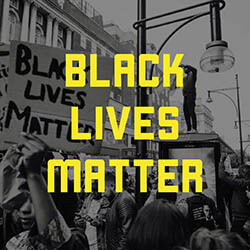 Israel Adesanya, the Nigerian-born New Zealand professional MMA fighter based in Auckland, was recently spotted at the Black Lives Matter protest in Auckland. This is as scenes that started in the USA started sweeping across the globe with riots and protests in 30+ cities in the States being sparked off by the murder of George Floyd. Floyd, a black man, was killed after a white police officer knelt on his neck for almost nine minutes.

The sports world has rallied together against the horrific levels of racial injustice in that country and Adesanya spoke in Auckland where 4 000+ people had gathered to protest and march.

The reigning Middleweight Champion of the UFC delivered an emotional address, saying that he is angry about the prejudice that is still so rampant against black people. He said that he’s recently taken to Instagram to address the issue of profiling and fear that people of colour in America and the rest of the world are facing on a daily basis. Adesanya says he experiences it here often, saying that he’s just moved into an important on the top floor of the building and he’s frequently faced with scared white people jumping when they see him trying to make his way home.

Adesanya said that the only way we’re going to be able to change ingrained racism is by uniting across skin-colour, nationality, and socio-economic backgrounds. He then made specific mention to the white people who’d come to the protest, thanking them and asking them to start standing up and saying something when they spot racism.