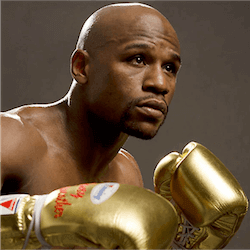 Dreaming The Impossible Into Being

It’s official: Conor McGregor will be squaring it off with Floyd Mayweather Jr. on August 26.

Rumours of a possible fight have been staved off by the powers that be for months leading up to the announcement.  UFC president Dana White was even famously quoted as saying that he (White) had a better chance of being a replacement quarterback in the Superbowl LI, than the rumoured fight between McGregor and Mayweather aver taking place.

It would seem that White had better get his gear on.

On March 7, Mayweather issued the formal invitation to Connor McGregor, prompting him to put pen to paper and get on with it, saying that only a fight with McGregor would lure him out of retirement.

A retirement he had entered into undefeated.

On May 18, after months of speculation, McGregor agreed and signed the contract – and almost broke the Internet.

Up Until This Point In Time

How did a fight between a man who had never taken place in a professional boxing match and an undefeated (49-0) World Champion even come to be a possibility?

Floyd Mayweather Jr. retired from professional boxing in 2015 with an unblemished record of 49-0, the 0 not having been for any lack of trying.  Many had tried and failed to floor the King of defensive fighting.

McGregor, an enigma in own right, defeated Jose Aldo, mixed martial artist, in December 2015 and won the UFA Featherweight Title.  Prior to the December 2015 fight, Aldo had had an undefeated run of 10 years – only to be knocked out cold by McGregor during the first 13 seconds of the fight.

If anyone is going to dethrone the unstoppable force that is Floyd Mayweather Jr., it’s going to be the bad boy underdog from Dublin.

The Numbers Are Up

The match will be televised on a pay-per-view system, organiser Showtime Sports has said.  Exactly how much anyone wanting to follow the blow-by-blow action will be out of pocket is yet undecided, but it is likely to be in the same region as Mayweather’s 2015 fight with Manny Pacquiao – $99.95.  The Mayweather / Pacquiao fight drew a record-smashing 4.4 million pay-per-view buyers.

The fight will take place at the T-Mobile Arena in Nevada.

Boxing rules will govern the stand-off, posing a potentially crippling challenge for McGregor.  No wonder then that William Hill has put Mayweather at 1/11 favourite.  Despite the damning odds stacked up against him, McGregor has been confident and told the media that he would take over the world of boxing.

August 26 is going to make some, and break some.